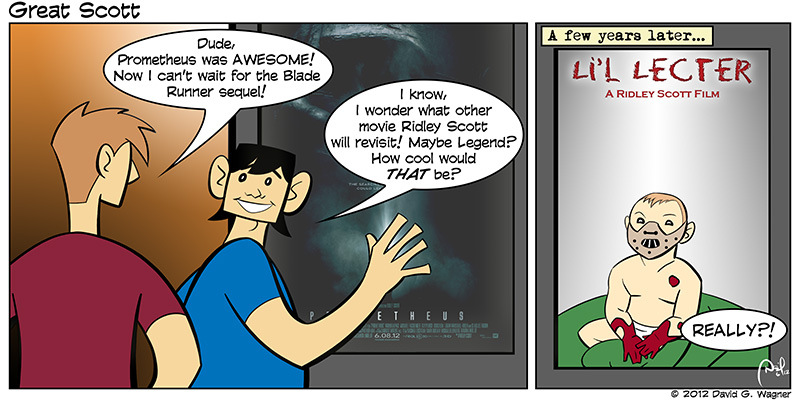 No Comments on Great Scott

Prometheus comes out tomorrow and I can’t wait to see it! Ridley Scott announced that he’s going to do a sequel to Blade Runner (which is also awesome) and that led me to wonder what other movies he might revisit. For the record, I’m totally hoping for a Legend prequel/sequel. Seriously.

I also uploaded a video of the creation of this strip from inks to completion. Check it out on my YouTube channel and subscribe!