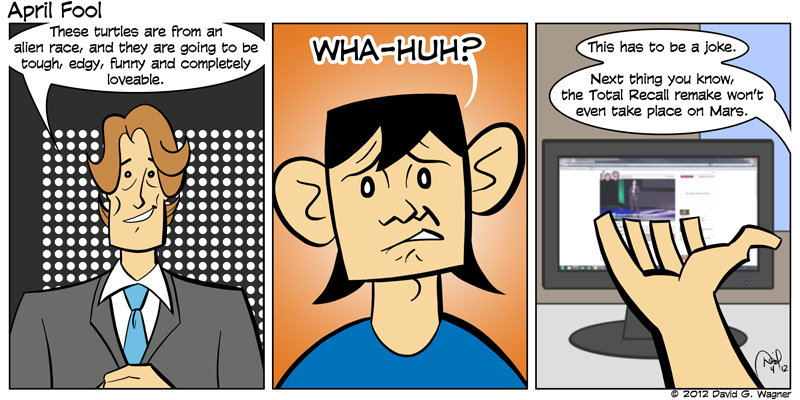 First off, this is NOT a joke. Well it kinda is but it’s not an “April Fool’s” joke. Michael Bay announced that they will be rebooting the Teenage Mutant Ninja Turtles as aliens. Yup, aliens. This caused quite a backlash on the Internet for all of us that grew up with the “classic” TMNT comics, cartoons and live action movies. Bay tried to back peddle a bit saying it stays true to the source material but I guess we will see. As for Total Recall, it seems it will not take place on Mars much to the dismay of most of us. Who knows maybe they are saving the Mars stuff as a surprise. It would be nice not to know every single spoiler. Go ninja, go ninja, GO!