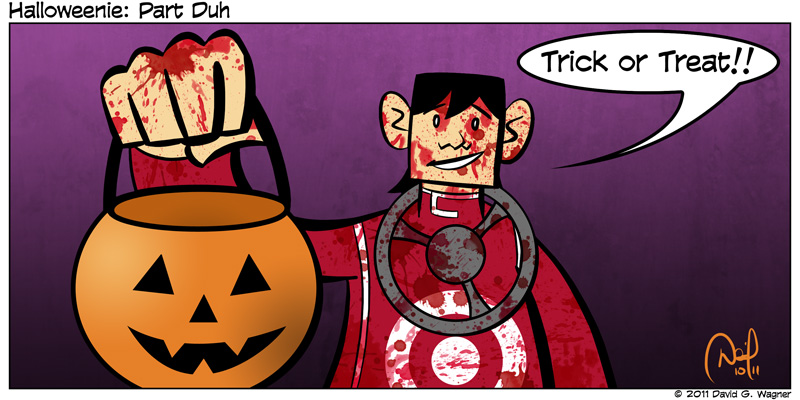 First off I apologize to anyone who is offended by this strip. I meant no ill will, the idea came from a friend of mine who is known to come to Halloween parties dressed as a famous person who recently died, was injured or had something terrible happen to them. His past costumes have been Princess Di post crash, Michael Jackson with children attached to him and Siegfried (or was it Roy) post tiger attack just to give you an idea. After last years comic strip I figured Doug had that same mentality so he upped the ante with a Dan Wheldon costume. I think the other option he would have went with was Steve Jobs. Again, sorry.

If you are here because you got a free magnet at NYCC or LBCC, WELCOME! Tweet me @dotproblems!