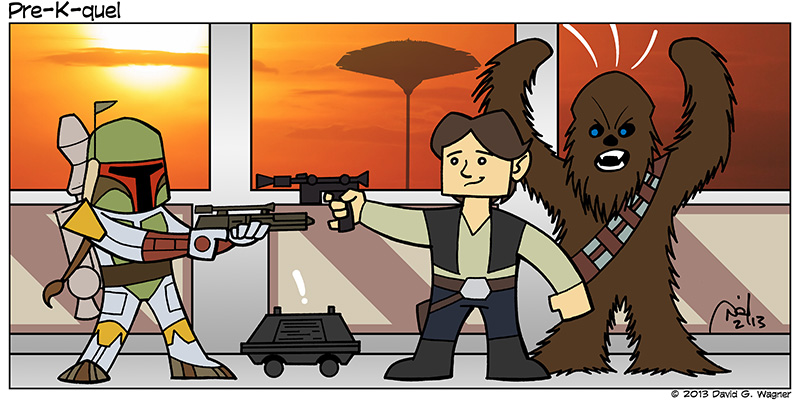 The Internet has recently exploded with the announcement that Disney was planning on making stand alone Star Wars movies featuring Boba Fett and Han Solo. There was also speculation that there would be Yoda and Darth Maul movies as well. Personally I think it’s a great idea to expand the Star Wars universe and the possibility of other non-episode Star Wars movies is exciting! Let’s just hope they don’t go TOO far back into the characters origins. That idea is what inspired this comic strip. We already had a young Anakin Skywalker saying “Wizard!” Do we need that again? A Han Solo movie where he’s in his early 20’s could be really cool! If you’ve been keeping up with the Clone Wars series on Cartoon Network you also know stories about the Star Wars criminal underworld could be awesome!

Check out my Etsy store for limited edition prints and original art!